Frank Guiller from New York. Approaches to his work

1- Like several artists of your generation, you are a graduate of the San Alejandro Academy of Art in Havana. What did it mean for you to have studied at said Academy?

San Alejandro was very important for my artistic training, I enrolled very young in the day course and immediately left it, then I went back to the night course until I finished the academy. San Alejandro gives you the fundamental basis for art, that is, the tools and part of the trade, the way to face a project from the beginning; it also of course greatly increases your general culture. There is four years of art history, luckily I had Alejo as a teacher who taught us all the plastic trends and movements that existed in art until the 80s. Now, I think it is important to clarify that the school does not make you an artist that is something very personal and depends above all on the personal and intellectual capacity of the individual, especially the need to express himself in plastic language. In my particular case, the academy was fundamental for my vision in art, as well as for the constant evolution until I felt that I am doing a work that pleases me. There I began to understand and assimilate much of what I have today as a visual artist.

2- Do you consider yourself a “generational” artist, influenced by the country and the stage where you studied?

Yes, of course I do consider myself a generational artist. In general it was a generation of research and experiments in art with the influence of Socialist realism that came to us from China and the USSR and other socialist countries; especially the Polish poster and the cinema. Somehow socialist realism touched us all. On the other hand, there were Western artists who also influenced us with the exhibitions in Havana from the May Hall, until the arrival of Robert Rauschenberg. Many important people in art, cinema, music, dance and literature passed through Havana, I think that revolutions in general have that force to generate an evident culture and that arises from change, we have seen it before in many others countries. It is necessary to cite the 80’s and Volume 1 with which things began to take a much more open and very contemporary path in the world language of art and opened the perspective that was previously very narrow for the artist.

3- At what point did you choose for photography? Do you have any influences, both theoretical and practical, from photographers on your work?

I initially studied engraving and photography was used as a means to document everything I did in stone or silkscreen; but it gradually escalated into my work, which at that time was only recording, drawing or painting. When I started using silkscreen more often, I needed photography (I was always drawn to it) as the basis of my work. Having studied at San Alejandro brought me very close to photography, as I took several courses.
I came to New York in 1988 and my first job was as a linear photographer for silkscreen, which gave me a lot of experience developing and enlarging. Then came digital art and I was captivated, I love using technology to achieve images. I have several influences, I really like: Sultan, Sally Mann, Irvin Penn, Slim Aarons, Ansel Adams, Dijskstra, Diane Arbus, Capa, Avedon, Cartier Bresson, Robert Frank, Lee Friedlander, William Eggleston and above all Saul Letier are the ones who I think they have trained me more; However, my greatest influence comes from cinema in general, specifically the cinema of the 60’s: French, Italian, Russian and German cinema. I should mention that my work as an art director in advertising has also allowed me to see very GOOD photography in a general sense and that somehow also influences you.

4- You have lived in the United States for several years, a country in which you have carried out a large part of your career as a visual artist. How has the artistic creation process been for you in a city (considered one of the metropolises of art) like New York?

Almost all my work, what I brought from Cuba in black and white has been lost and the negatives are all damaged. My creative process is less analytical and more phenomenological, since I mostly produce within what has been called street photography. New York is (in my view) the ideal place for this type of photography, since you find many “things” around you that if you had to prepare you have to have a lot of time. Obviously, in NY there are many artists and it is a very competitive scene, but that encourages you to achieve a more intense development in your work.

5- In 2010 you started the Escape-Pareidolia series, which in my opinion, has an interesting discourse on the figure, time and translation. Could you comment more on that series?

This is a complex series (2010-2013) because from the point of elaboration it is very laborious. It is an interesting series because in it I have tried to make the interaction between the human being and the environment become one in memory. It has a lot to do with my personal experience as a transcultural artist, where not only I but also most of the migrants associate the environment at some time with the past, with what resembles memory and see similar things in the new experience. although they do not have the slightest resemblance. The above is basically the phenomenon known as Pareidolia, where your mind somehow reacts to the images looking in them for the similarity with what it knows, hence the title Escape. From a technical point of view, I associate it with that constant movement of the photo out of focus and with little color or degradation, thus associating it with the non-clear but constant memory in the human being. Photography helps you to eternalize memory.

Complex! There are very good artists in Miami as there are in NY. Obviously the difference exists in the visual representation, the gallery and especially the audience to whom the work is directed. In NY the above is much more open / dynamic than in Miami. The language makes artists come together based on their use, but I think that the work can be made interesting where one is. In terms of features, it seems to me that the projection is more local in Miami than in New York.

7- The use of technology in photography has become a universal resource (but still optional) for its development. To what extent do you use technology in your work and why? Some specific creation methods that you would like to comment on.

In my particular case, I was very satisfied with the use of technology. The darkroom no longer exists (which were hours working to achieve what you wanted and mixing chemicals), now I solve everything in an application I usually use Adobe Photoshop or Aperture, to achieve any effect on the image as well as the use of filters tonality degradation, shadow adjustment, and saturation. For me it is perfect to use technology and I would never change it for the previous step. The method I use the most is filtered coloring. I use filters such as cross processing that mimics the use of colored chemicals on black and white film or vice versa. I also use detail extractor when I want to extract certain details from the image or dynamic skin softener, so I am taking the image to where I think it should be finished.

8- Sometimes your work transpires a poetry that goes from the suggestive to the simply subtle and circumstantial. You could argue about the poetic device (if you agree that it exists) present in your photographs.

The vision I have is very embodied in poetry almost all the time, which I try to highlight in the visual work I do. I really like poetry, the subtlety of transporting to an image what the poetic word could say, the simplicity of the forms, the occasion of the moment, the light and its antics, the circumstantial blurring of time. It’s that basically.

9- If you had the possibility of currently exhibiting in Havana: On what discursive language (subject) would you design the exhibition?

It depends a lot on the work of the Curator of the show. Previously I have had several exhibition proposals that have not been concluded for one reason or another, but I would always carry what I do in street photography; that is, my vision of and from New York. It could be a series that describes man in his interaction with the environment, his development and his way of living in the city, how a citizen can live in that city with its advantages and disadvantages, whether he is an emigrant or a native. Or you could also use a more conceptual series where the individual sees himself within that established mechanism to be a citizen in NY.

10- Any event, project or exhibition in which you are linked in the present or will you be in the future?

Apart from a couple of local group exhibitions, this year I was accepted at the Florence Biennale with three of my works in C-Print 30 “by 40” with that theme of the city, also in November I will be at the Bronx Biennial exhibiting some four pieces in the same technique and with the same theme of the city and the man. 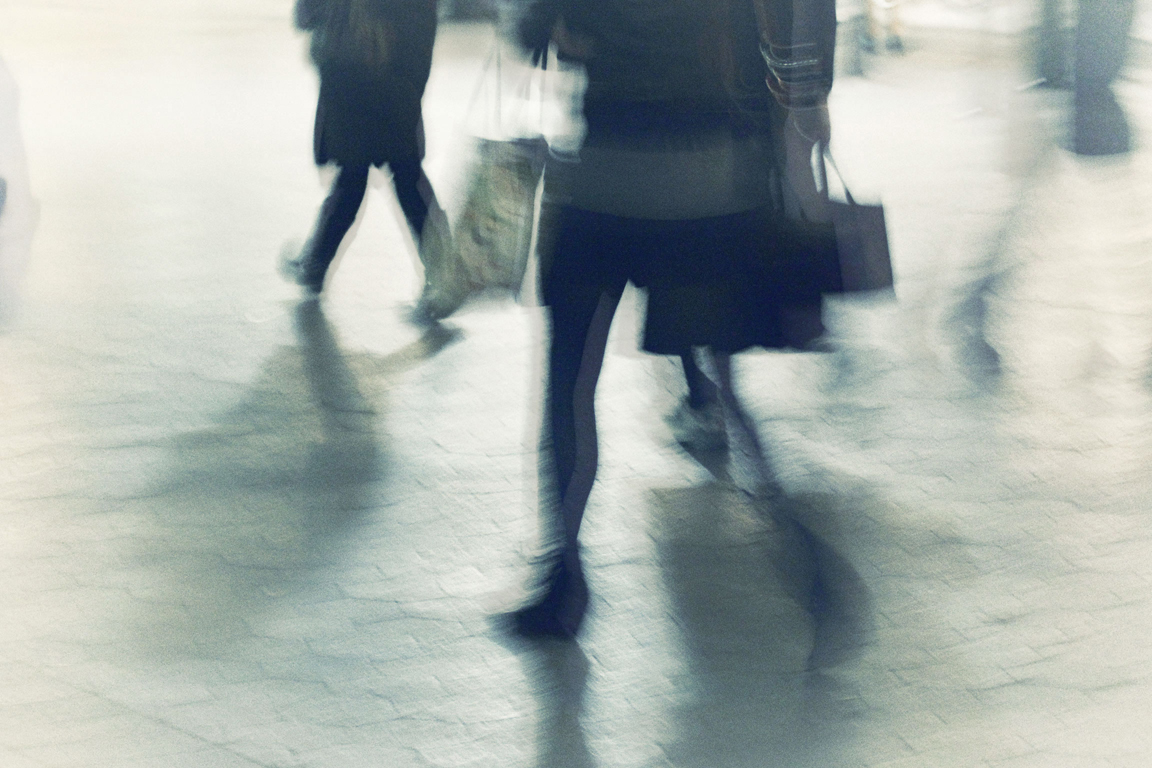